We make all kinds of games and apps, check out our latest projects below

Have you checked out Sumo Spin yet? The playable beta's up on our Itch.io page right now and we're moving onto the next phase of development- mobile release! As we prepare to launch on Android and then iOS, we have to make some tweaks. One of the really cool things about mobile Sumo Spin is that you still play with a second player on a single device. One of the bigger facets we've been perfecting for mobile is a textless tutorial. We wanted to support the widest number of players possible since we plan to release internationally and goin' textless was our solution to that. We're also still researching how best to include ads that aren't annoying or sleazy and/or other possibly ways to monetize the game in ways that don't interefere with the player experience. Also! We are still actively seeking playtesters! If you want to check out our game and give us all your opinions, sign up for our email updates and we'll reach out to you!

So one of many things we thought about after the completion of The Wyrd of Stromgard was making our own stand alone TTRPG that took inspiration from multiple narrative-focused, accessible gamestyles. So for the last while, we've been knee deep prototyping high level concepts and themes, seeing what's compelling and what isn't. We've also been doing a lot of brainstorming in general, making indexes of our favorite mechanics and the way they drive play and narrative. We're also wrapping up our supplemental works. Dreadful: Coven (releasing Halloween 2021) is our last planned entry in that series. This volume is all about witch lore and legends and the creep factor is quite high. Monster Roster is also wrapping up and this last volume will be featuring deep sea horrors (and boy there's a lot to choose from).

Check out some of our apps and games. 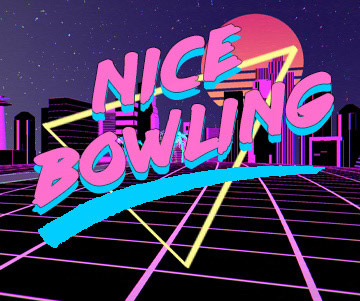 Retrowave bowling game with a plethora of lane, ball, and pin effects to make for a unique experience. 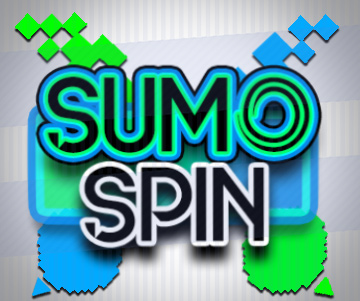 Vintage arcade style game for two players. Charge up power and smash your opponent out of the ring!

Play through a speed dating event with 3 unique singles. Made in Ren'Py. 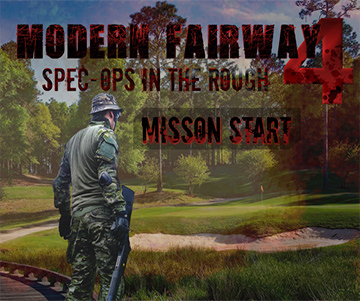 Spec-Ops in the Rough

Made for Ludum Dare #41, the theme was "Mix two incompatible genres". We combined golf and a modern first person shooter. 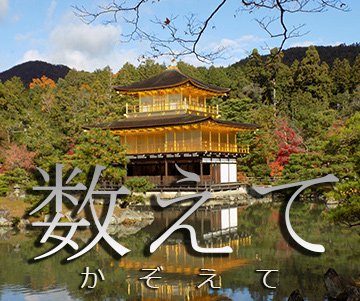 A simple game for targeted study of Japanese counting.

Check out some of our tabletop games. 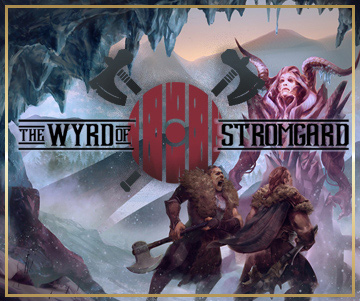 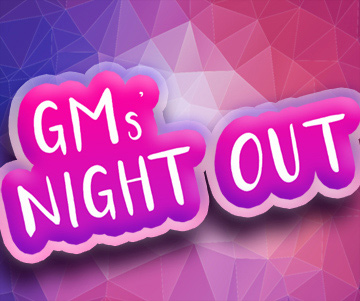 GM a player-less game and hone your roleplaying skills 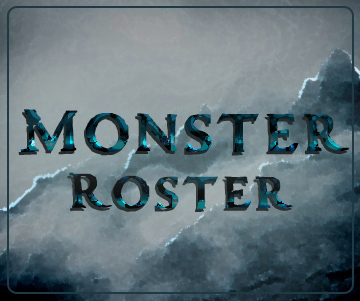 Made for Dungeon World, Monster Rosters are complete and highly detailed manuals of unique and interesting monsters. 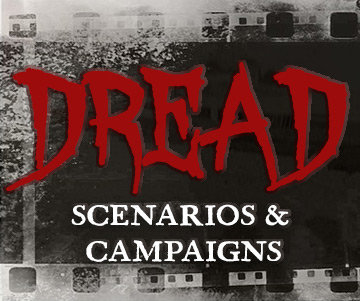 Made for the tabletop rpg, Dread, these one-shots provide a complete experience to guide the GM and players through multiple horror scenarios. 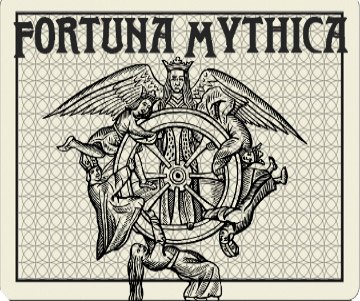 Our entry into the 200 Word RPG Challenge. Use ordinary playing cards to build legendary heroes and put them up against mythical challenges.

Come find us on social media!

This was our second Ludum Dare, made in 9hrs. Kazoete provides focused study for honing your counting skills in Japanese. It provides three modes for varying literacy levels including romanji, hiragana, and kanji. Simply match the number to it's Japanese counterpart. How quickly can you translate 20 numbers?

Animal Speed Dating was our entry into KenneyJam 2021. The goal of the jam is to create a game using ONLY assets freely available from Kenney.nl

In this game, rotate through three special candidates by speed-dating! Get to know your new friends and pick your favorite!

Spec-Ops in the Rough

The Ludum Dare challenge is simple: a theme chosen and once its revealed, you have 72 hours to create a game for submission and review by the rest of the community. Ludum Dare #41 was our first official game jam and we had a blast. The theme chosen was "combine two incompatible genres" and we did the most outlandish thing we could think of- combine a first person shooter with golf. And we really combined everything. The drama and grittiness of an FPS is all over the menu and overall styling of the game but the golf courses are low poly, brightly colored, and downright cute. Most importantly, even the mechanics are combined- you shoot the ball into the hole with a variety of high powered weapons.

Monster Roster is a robust and highly detailed manual unique and interesting monsters in each volume for your Dungeon World games. Each creature was inspired by the real life myths and legends of cultures around the world.

"Take a break from herding PCs and refine your skills while you're at it!"

GMs' Night Out is a one-page RPG that explores what it means to roleplay and the position we take on in games that rely on a Dungeon Master or Game Master to facilitate play. GMs' Night Out breaks down roleplay to its most basic back-and-forth to let GMs run narrative and character interactions without player controlled characters. Available at DriveThruRPG.com!

A flexible, narrative heavy RPG played with the luck of the cards.

Originally created for the 200 Word RPG Challenge, Fortuna Mythica balances intuitive structure with the random element of card draws to structure epic storytelling. Characters are built based upon the legendary figures the royal face cards are said to represent and they must overcome Hardships dictated by random pulls.

The Dreadful titles are specially themed bundles of 3 unique Dread scenarios, each with their own vibe, feel, and materials. Just like our one shots, Dreadful comes with everything you need to run intense, creepy games that are easy to customize.

Released in 2019, the first Dreadful contains three games that touch on three classic horror tropes. The Beacon Killer is inspired by 80s/90s slasher movies and centers around a bloody mystery in a dusty old town where an implacable killer ruthlessly hunts mysteriously marked targets. Hellhouse of Folly Hill is a tribute to modern ghost stories and relies on environmental scares, tragedy, and a little body horror to build tension as a group of trapped weekenders try to escape twisted, furious spirits and hell itself. Part cryptid-hunt and part mystery, Running with the Devil has a group of failing vloggers hunting the legendary Jersey Devil in the hopes of some footage that might interest their sponsors.

Released for Halloween 2020, Dreadful 2: Halloween let's the holiday speak for itself. The three games inside all revolve around various Halloween traditions and scares. Mischief Night sets a group of strong-willed and actionable teens against uptight parents and community leaders in an effort to save Halloween. Following the New England tradition of raising hell and playing pranks the night before Halloween, Mischief Night gives players the opportunity to stick it to the man in the worst way they can dream up. Like Fire in the Veins pits the PCs up against a virulent malady that turns a rural, isolated farming community into a hotbed of rabid were-beasts. Not only will PCs need to survive and escape, but they'll need to avoid getting infected themselves. And with the whole town out and about for Halloween festivities, it seems like this blight will have an easy time spreading. Finally, The Face of Chaos riffs on the horror and enigmatic nature of masks themselves as an evil force takes residence in a harmless-looking Halloween mask. PCs will have their problems solved and their wishes granted for wearing the thing, but there's a disproportional price to pay and other people are angrily waiting for their turn to wear it too. Its a slipperly slope to corruption and chaos and the mask is more than willing to give players the push they need.

These one-shots are detailed, ready to play Dread campaigns. They include narrative three-act outlines, in-game materials like police reports, strategies for the GM, game guidance tips, and additional rules and mechanics to intensify play. The Hunger is set in 1870s Great Lakes America and features a Wendigo- a terrifying abomination from Cree lore. Let your players try keep their paranoia and hunger at bay as demonic forces tempt them and a heavy curse takes its toll. This game includes six fully customizable character roles with questionnaires, a section on cultural lore surrounding the Wendigo legends, two optional rules for introducing a hidden role, and a three act narrative that can be followed. The Feet of the Salish Sea is a modern story based on the real-life unsolved mystery of severed feet washing up on the shores of Washington State and British Columbia. This module is deep into urban legends, mystery, and supernatural horrors. Included in this file are: a detailed incident report, three character roles, GM guidance, a three act structure, and an improv/mystery mechanic that will streamline storytelling no matter how off-the-rails your characters go. And based on Richard Adams' Watership Down, A Thousand Enemies is a scenario for Dread that has players taking on the roles of intelligent rabbits in a world with endless threats and unrelenting danger.

ALL of our Dread campaigns are available for download at DriveThruRPG.

A spam-based way to get updated on our projects!